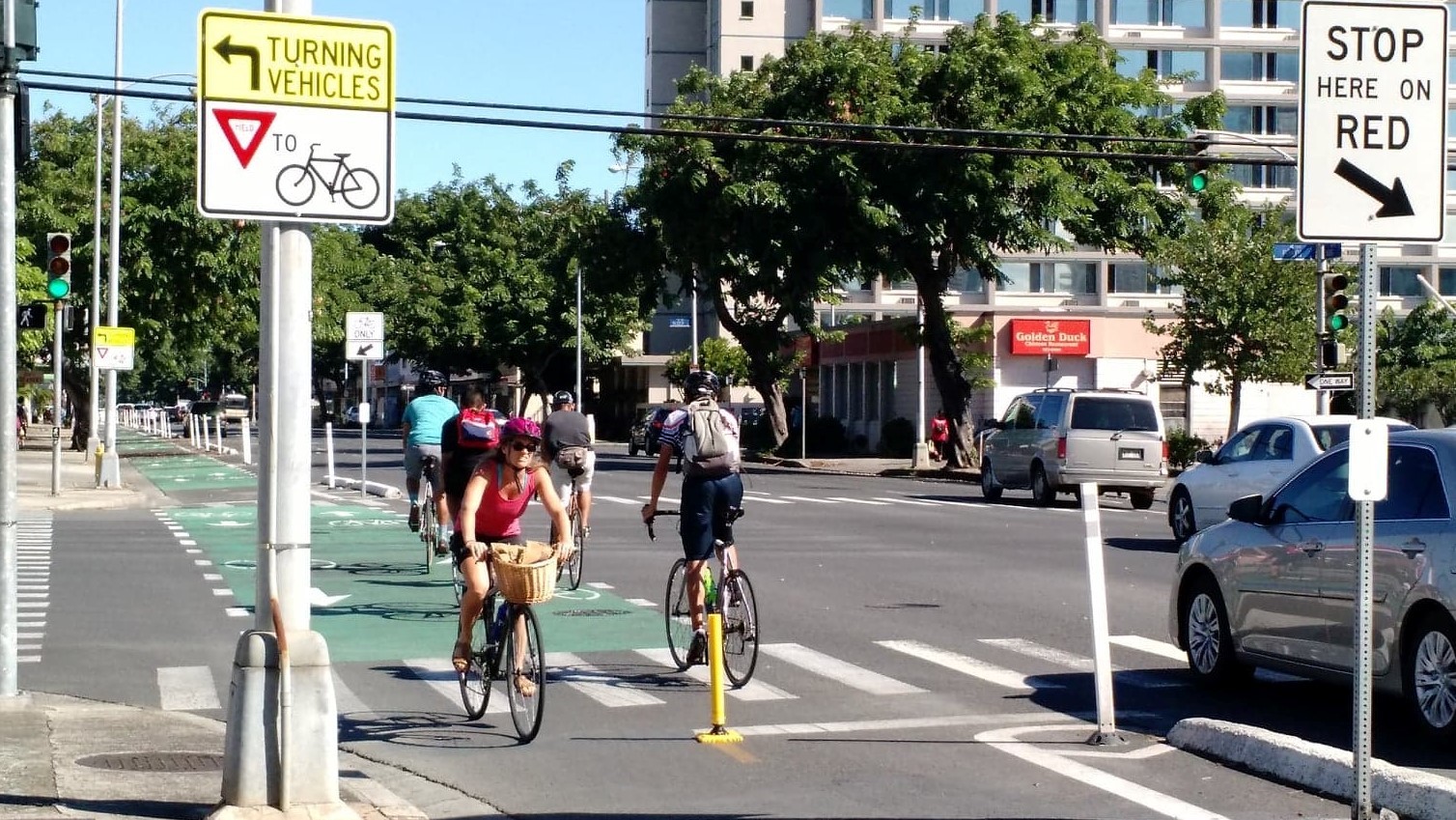 Success of the King Street lane

"Protected bike lanes provide a safe place for bicyclists and are part of a multi-modal transportation system."
-Mayor Kirk Caldwell

The single biggest result of the BYK Project was the two way King Street protected bicycle lane. This lane is a core component of the emerging "low stress" bicycle network in Honolulu. The lane opened in December of 2014. Initially marked as a one way facility, the lane was converted to a two way facility in the summer of 2015. This has resulted in almost doubling the number of people cycling along the corridor.

The King Street protected bicycle lanes has contributed to the success of the bikeshare system which launched in June of 2017.  In October of 2018 Biki surpassed 100,000 trips a month! 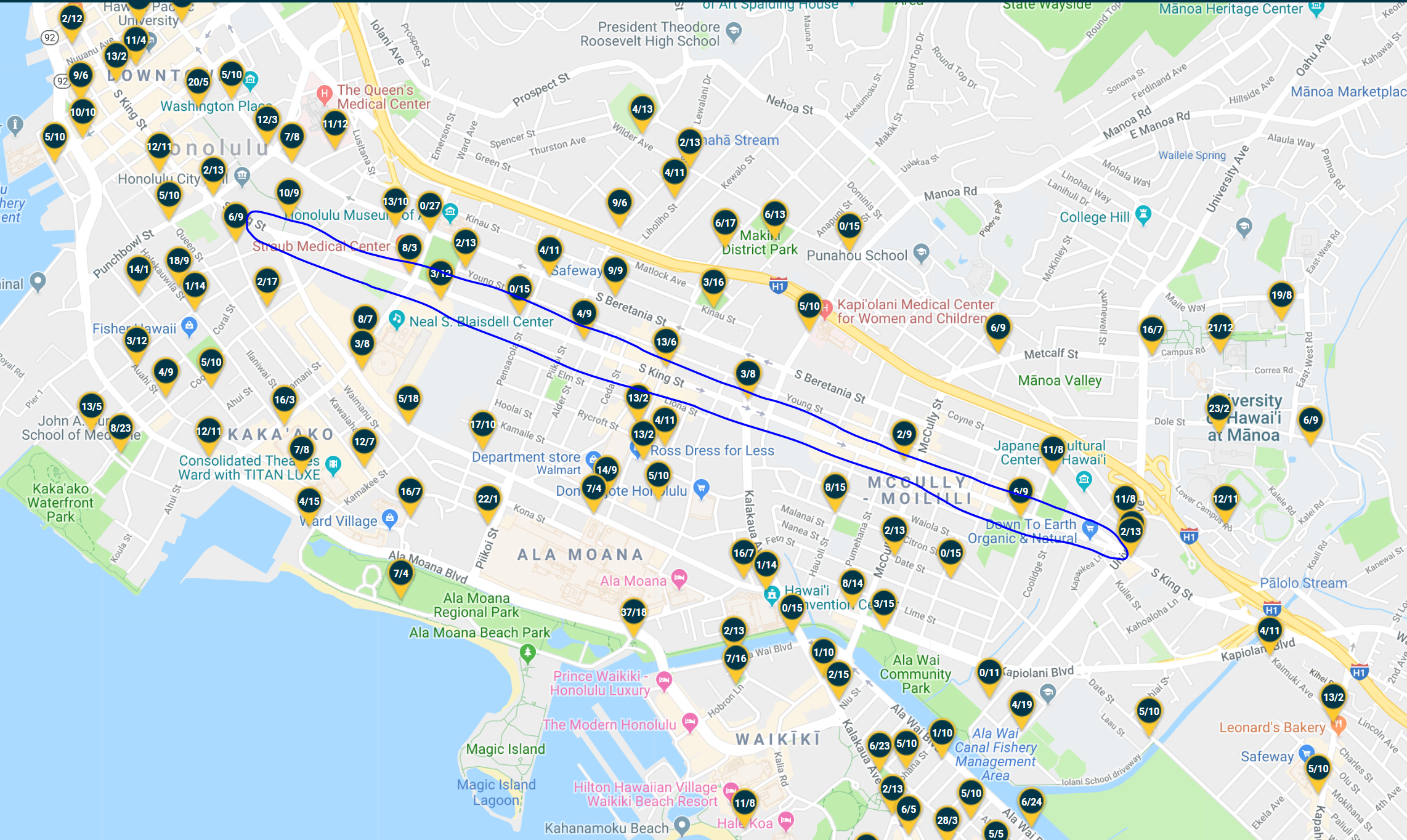 Above, screenshot of the Biki station map showing the concentration of station on or near the King Street lane, circled in blue.