Led by Community Planner Alex Broner, The BYK Project team held 3 workshops held in the fall & winter of 2012 to connect with other residents and facilitate communication regarding the goals of the project and possible ideas for the corridor. BYK Project volunteers also talked about the project at various community events. The team combined this input with stakeholder interviews and review of reports and plans related to the project area.  The result of this was the BYK Project Vision Plan.

In the Spring of 2013 the project team presented draft's of the Vision Plan to the community and updated it based on feedback. The team also solicited community support for the plan, leading to the endorsement of Neighborhood Board 8, Cycle Manoa, Sierra Club Oahu Group, American Diabetes Association and Honolulu Bicycling League. As the project built up steam the city became interested in doing something along the corridor. The Honolulu City Council formally endorsed the BYK Project Vision Plan in the summer of 2013. Meanwhile, the BYK Project team consulted with the city regarding these plans, providing the city with research and design alternatives for what would become the King Street protected bike lane.

Below, some BYK Project team members and volunteers after a trash cleanup at Stadium Park: 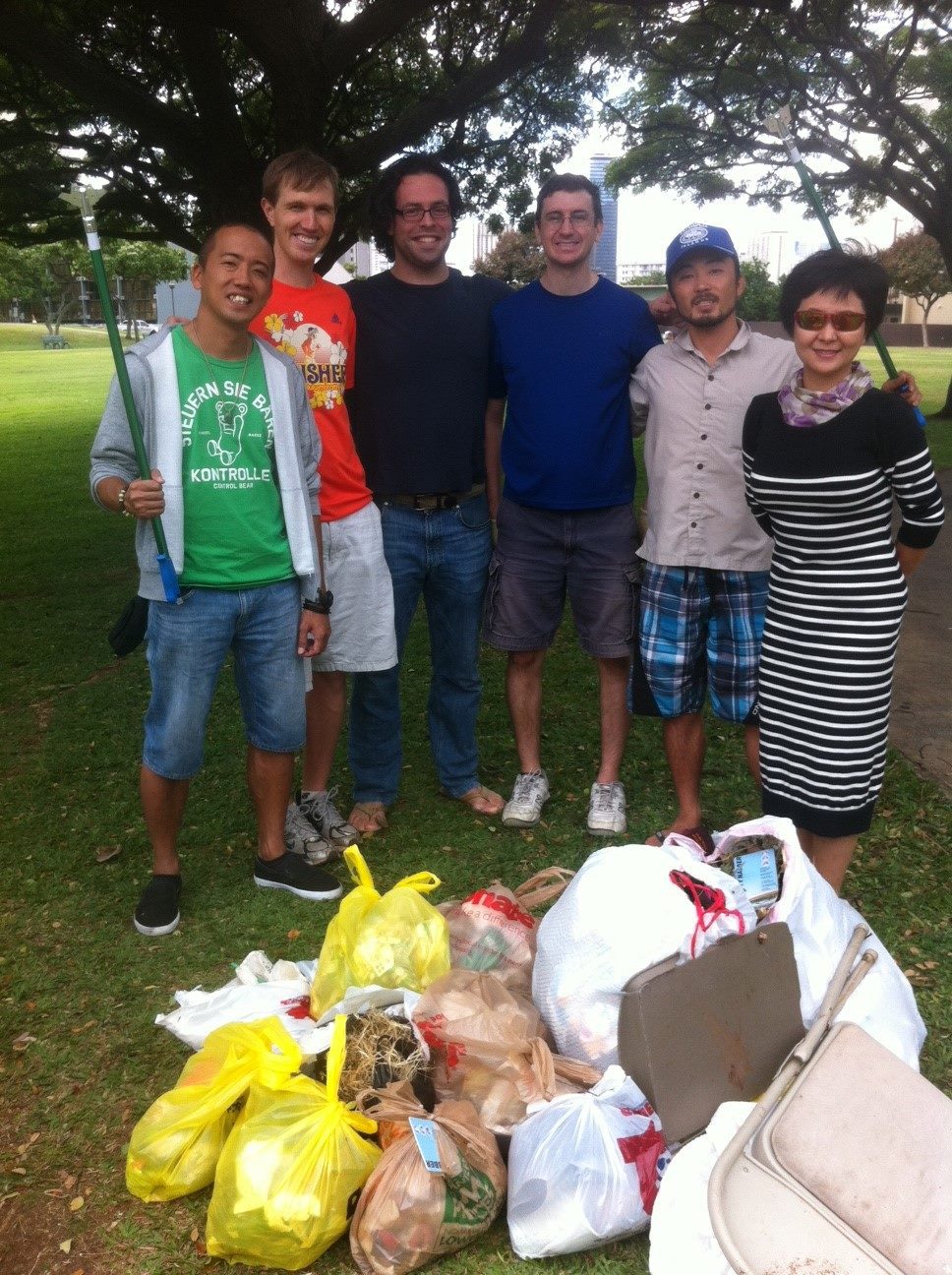